Award winning actor and musician Gurdas Maan is one of the leading lights of the Asian entertainment industry. Since breaking into show business in 1980 with his hit song, Dil Da Namla Hai, Gurdas has enjoyed a long and successful career as an actor, singer- songwriter and musician. 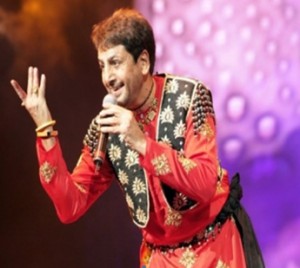 Through a career spanning almost 30 years, Gurdas has recorded 27 albums and written over 200 songs. His most famous song, Apna Punjab, was his biggest success to date proving hugely popular with fans the world over and gaining substantial critical acclaim. As far as his movie career goes, the film for which he is most remembered is Waris Shah for which he was nominated for an Indian Academy Award. Gurdas will forever be recognised as the man who brought Punjabi folk music to the international arena.

Aside from his professional career Gurdas has been happily married for many years to Manjit. They have one son named Gurikk who was educated in both India and at the college famous for schooling the British Royal family, Eton. A couple of things you may not know about Gurdas; he has a black belt in judo and recently confessed to being a Manchester United football supporter.