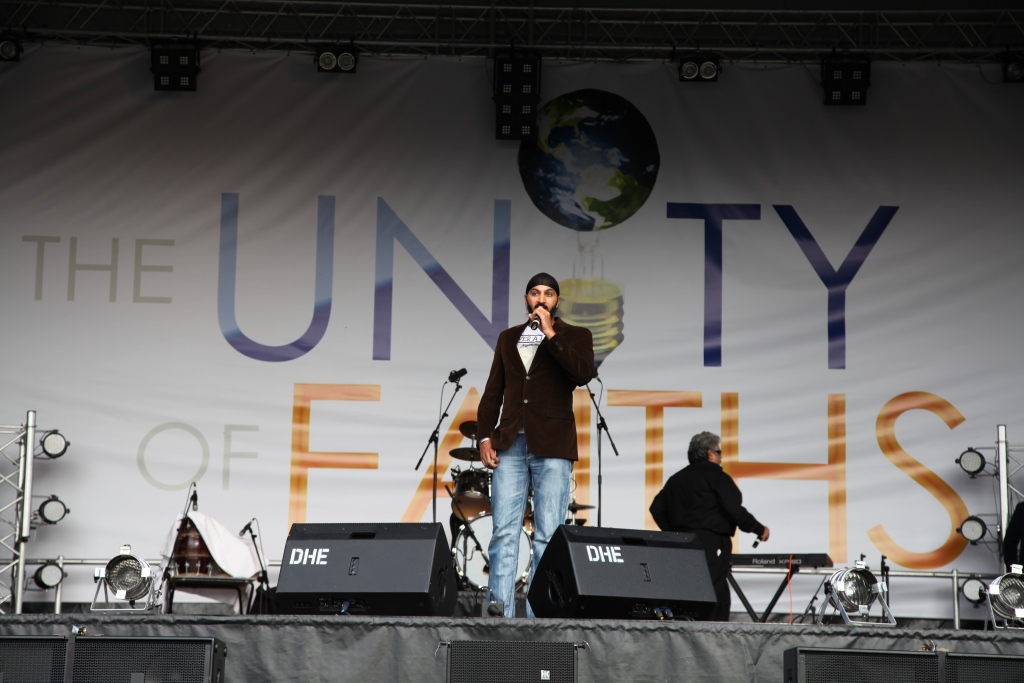 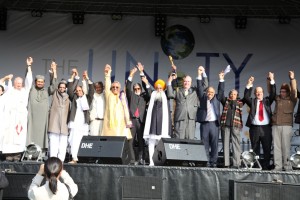 London stood united last weekend when a series of events brought individuals from all backgrounds together, as world sport, religious and political leaders joined hands to pledge their support for the launch of The Unity of Faiths Foundation (TUFF), a UK based non-profit, secular organisation that recognises the importance of inter-community dialogue and acceptance as the bedrock of community cohesion and understanding.

A response to the increased dissonance, cultural and religious divide that has estranged communities, nationally and globally, TUFF, acknowledged by President Barack Obama and HRH The Queen, was launched with the mission to UNITE people and communities through the common factor of Faith, irrespective of religious belief, cultural or social backgrounds, and to subsequently create a more stable, tolerant and cooperative future for all.

A unique ‘Torch of Unity’ procession began on Friday 27th September 2013, featuring 100 young adults from London schools, travelling on open-top Unity buses through Southall. The event reflected TUFF’s 2013 focus on Youth, the core belief being that in order to sow the seeds of respect and mutual understanding for each other early, it is vital to connect with the younger generation – the ‘voices of tomorrow’.

During the lighting of the Torch of Unity, Dr Sheik Ramzy, Chair of the Muslim Council of Britain said: ‘This is a unique and special organisation to bring every culture together all over the world. Let’s be united forever.’

Mr M N Krishnamani echoed this when he said: ‘Unity and variety is the creation of God.’

The former Grand Mufti of Palestine, Sheikh Abdel Salam Mraish said: ‘Everybody must be true to each other. I am proud to be with such a young group of people who are embracing unity of faiths.”

Following the torch ceremony, audiences were captivated by a series of keynote addresses by several VIPs who had flown to London especially for the launch. The event commenced with a welcome by TUFF’s Founders Ms. Anna Prior, a former art dealer from Mayfair and Dr. Shamender Talwar, a Social Psychologist from West London.

Dr. Shamender Talwar said: “Unity of Faiths is a journey we all need to be a part of. During the first festival three years ago we were surprised how positive the reaction was from the general public. We had postmen, fireman, lawyers and doctors all turn up and celebrate unity in the community. Six weeks later the London riots began and Southall, which was one of the areas considered to be hit hardest was not affected.  The festival grew from 8,000 to 25,000 which is testament to the fact that communities endorse the principles of TUFF.”

Anna echoed this with, “We have lost love and care and we need to nurture it with action in the community – this is vital to achieving unity. Let’s do it together, understand and respect each other’s backgrounds in a multi-cultural Britain”.

Mr G.S. Malhi, a successful entrepreneur from Southall, also joined Anna and Dr Talwar on their Unity mission. He said: “From a young age, I have had a passion for oneness. What Anna and Dr Talwar were trying to do resonated with what I felt. Unity to me means togetherness, when we are not left out and not forgotten.”

Commenting on humanity, Akal Takth Jathedaar ji, Giani Gurbachan Singh Ii, said, “We may have advanced in the world in all ways of life but we are still far away from being united as humans. To achieve unity of faiths we need to first have an understanding of each other, and then we must allow each other the freedom to practice our own religions in peace.”

Speaking on the occasion, the Mayor of Ealing Councillor Dhindsa, commented, “Southall is known as a very multicultural town, we have mosques, temples and churches all within 100 meters of each other. The organisers couldn’t have chosen a better location to celebrate unity between different cultures.”

Reverend Derek Barnes said: “The message I want to get across is that we are all talking about one uniting factor, that sense of love. Whatever costumes we wear, underneath we are all the same, we need to break out of the traditions that we have been limited by and say to one another, we all share that unity of love.”

believe in every human being no matter what race, what age and what gender.’

Speaking via Skype from New Delhi, India, the event featured a surprise interaction between the young adults and Vikas Swarup, diplomat and author of international bestseller Q & A, adapted into the multi-BAFTA and Academy Award winning film Slumdog Millionaire. Vikas Swarup said: “This is an incredible initiative bringing us all together for the common celebration of our shared humanity”.

Some of the questions posed to Vikas Swarup by the young adults included “Why do religions argue with each other?” He replied with: “Because all of us believe we have a monopoly on what is deemed as the truth. It is only when we accept that truth is not one but has many forms will we develop harmony and live together. In Jainism there is a term, conditional regulation, which states that one should never make an absolute statement since we have only grasped one path and not the whole.”

When asked “What does faith mean to you”, he replied saying: “Faith is an important part of human existence as we all need to believe in something. Whether this is within us or in others.”

The poignant video promoting the work of TUFF was unveiled to the audience exclusively, featuring the murder of Lee Rigby in Woolwich, recent war crimes, extracts of petitions towards the Delhi gang rape case and the London riots, reinforcing the necessity of TUFF’s vision.

The landmark event concluded the third annual Unity of Faith Festival on Sunday 29th September 2013, with tens of thousands present. The festival provided London’s multi-cultural community from all backgrounds and age groups, an opportunity to connect, break the barriers of misunderstanding and prejudice against a backdrop of free entertainment, food, drinks and social engagement. The festival built up a groundswell of support to the message of UNITY, creating ‘Awareness’  to the concept of having FAITH in each other.

Youth icon and England bowler Monty Panesar joined hands with the unity team, interacting with groups of people who had congregated to see the cricketer. Commenting on the atmosphere at the Festival, Monty Panesar said: “Thank you for your positive energy and kind words. I hope to inspire the youth of the next generation”

The Festival featured an eclectic array of entertainers and performances from young children to adults, from lion dancers to operatic performances, showcasing the diversity that TUFF aims to promote.

← Switzerland’s Tej Hundal teams up with Ravi Bal on DEEWANA 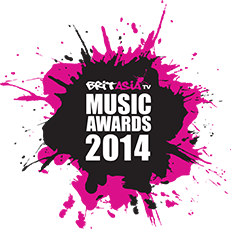 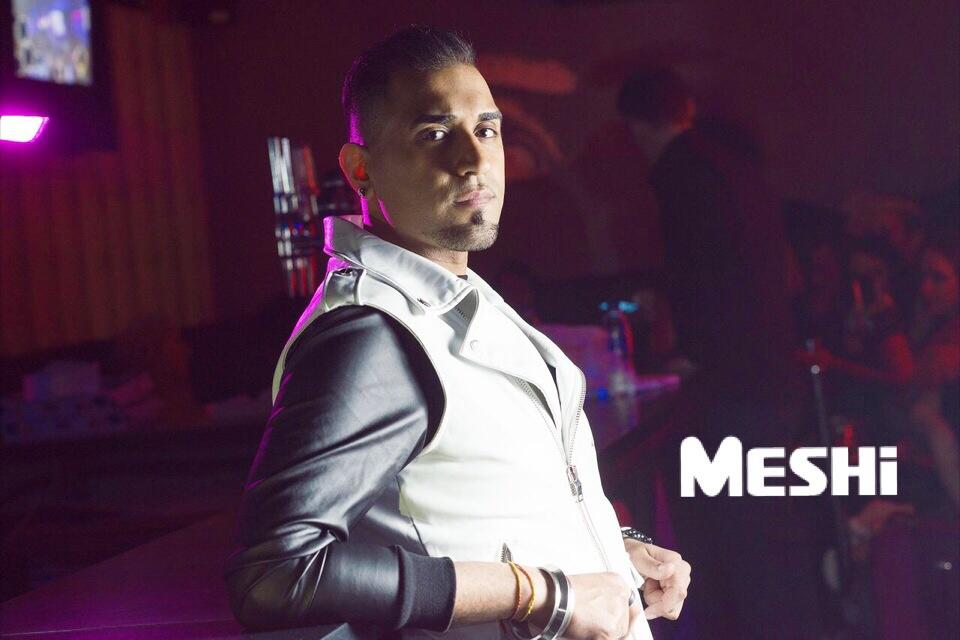 Introducing ‘MESHI’ to the bhangra industry