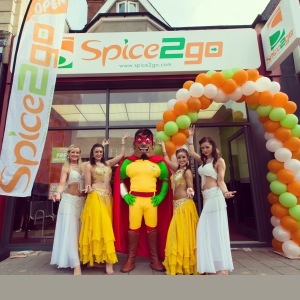 The UK’s first and only Indian takeaway franchise chain Spice 2 Go officially opened its third store to the public in a colourful traffic-slowing spectacle, bringing 30 new jobs to the area. The doors of the new store, at 231 Blackfen Road, Sidcup, were adorned by Indian flag-coloured balloons, and were declared open by Mayor of Bexley Sharon Massey, who undertook the ribbon-cutting duties with the London Borough of Bexley’s official scissors. The launch was also attended by MP of Old Bexley and Sidcup James Brokenshire, as well as Spice 2 Go’s superhero mascot Spice Man, who joined in with the festivities.

The opening ceremony of Spice 2 Go’s first England store saw guests and passers-by treated to free samples of tasty curries, sundries and the much-talked-about chocolate samosas (Chocomosas), all of which went down a treat. Sidcup’s newest Indian takeaway offers a wide selection of curries, sides and desserts, from lunchtime options such as wraps, to authentic Indian dishes, all made with the highest quality ingredients. All these Indian-inspired treats are available to order from Spice 2 Go’s official website, which boasts its very own easy-to-use online ordering system. The chain also offers great daily discount deals such as More 4 Monday (buy one get one free on all curries) and not to mention a weekly Spicy Friday competition for all its Facebook fans.

Spice 2 Go is the UK’s first and only Indian takeaway and delivery chain – it is a fresh and innovative brand with the vision to revolutionise the Indian takeaway industry as it currently stands. It prides itself on consistency in everything from quality and taste, branding, service and delivery times – making them completely different from your average curry house. At the launch, Tej Randeva, CEO of Spice 2 Go, said that the chain is envisaged to have more than 500 stores across the UK and worldwide over the space of 10 years.

Since Spice 2 Go opened its first store in Swansea in February, the latest thing in Indian cuisine has gone from strength to strength, and will soon be opening further franchise stores in Bristol and other London locations. 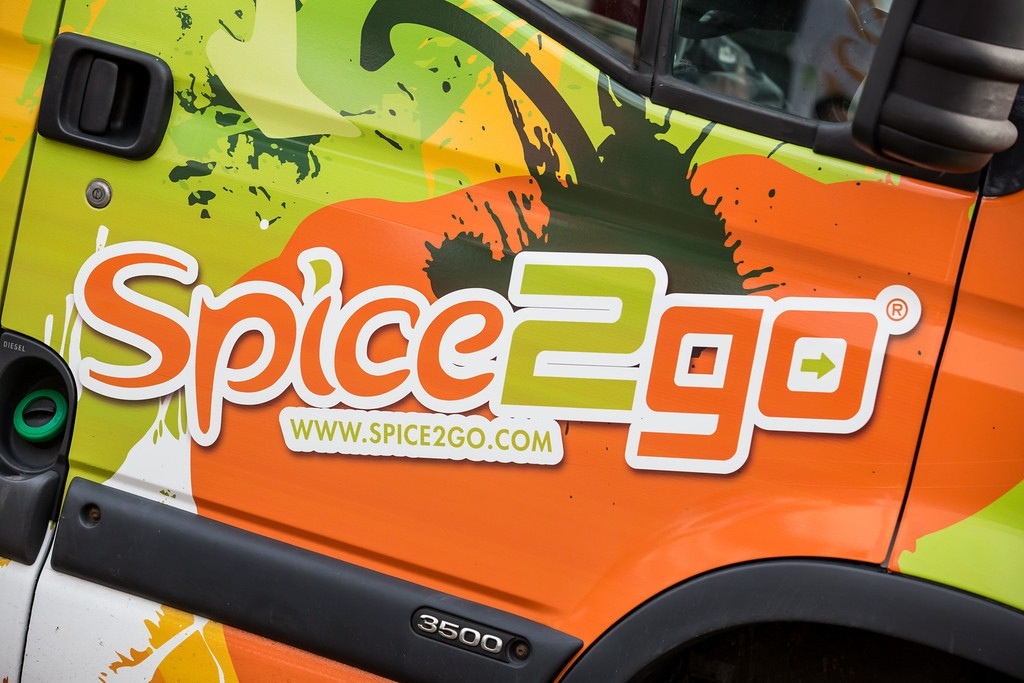 ← Switzerland’s Tej Hundal teams up with Ravi Bal on DEEWANA 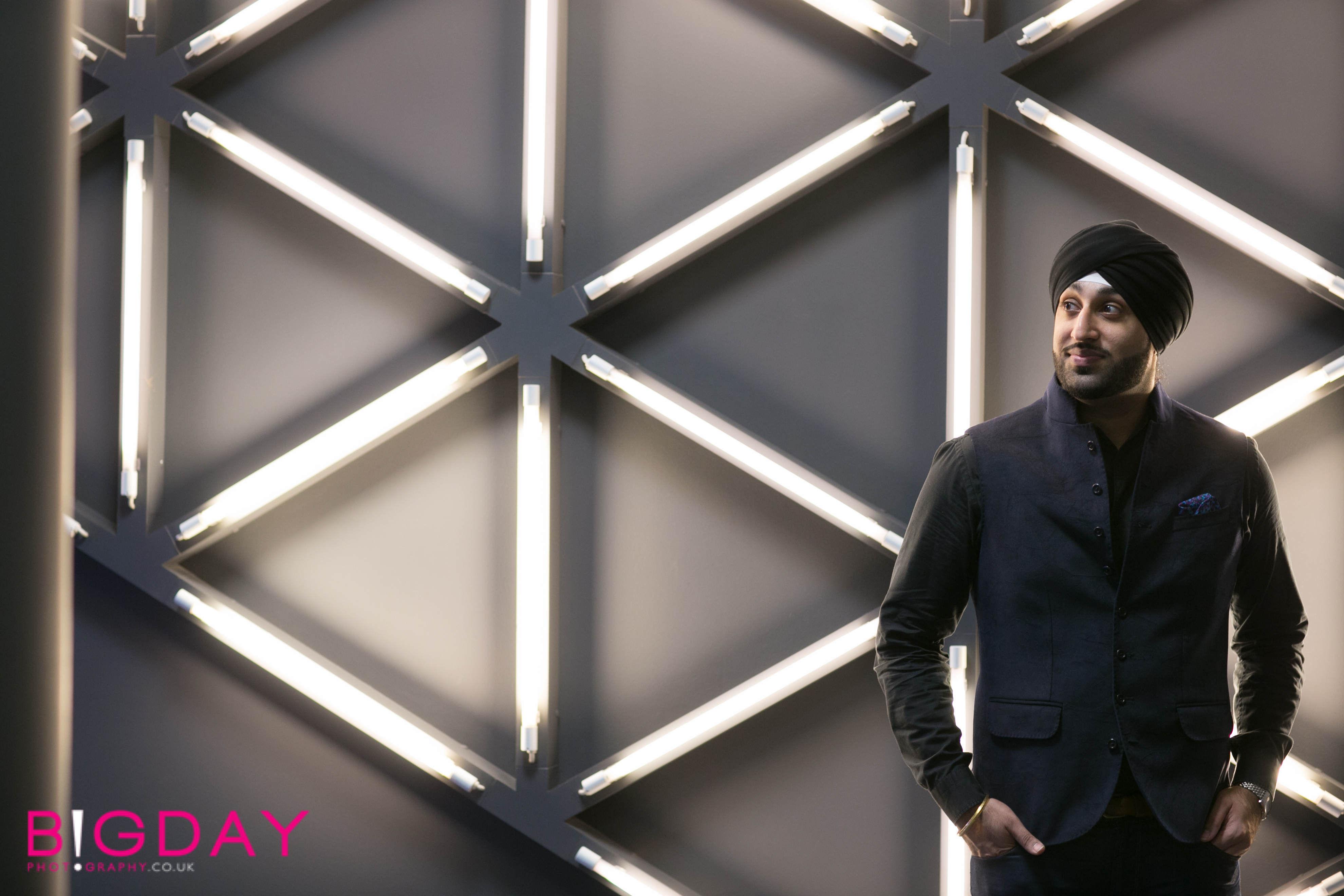 ushop.co.uk set to breathe life back into local shops